Removing the my over sized driveway was hard work and well worth it! Its like a breath of fresh air. Sometimes one doesn't realize how they are affected by something until its gone. In this case "you don't know what you've got 'till its gone" works out for the better.

Our urban landscapes are tremendously over paved. Often by building codes. My modest house had parking for five cars. By good luck, a friend was interested in having some of the remains of the driveway and we decided to rent a cement saw. Neither of us had removed a driveway before. I was thinking of just having a driveway bashing and smash it with sledges. That would have been a fruitless exercise with massive amounts of useless rubble. Even without rebar, smashing it would not have worked - its just too much work! Instead, renting a gas powered cement saw was the best choice, they are heavy and clunky but it works and you have usable chunks afterwards. My habitat/water features make great use of the football sized chunks and my outdoor/covered work area is surfaced with former driveway.

We scored the 4 inch slab less than two inches deep in rectangles less than 2 feet by a foot or so. Then with a 2 inch wide cement chisel in the score, whacked it with a 6 or 8 pound sledge. Usually, a crack developed from the score, usually, but not following the score. There were plenty of pieces that were nice, square cornered rectangles. The scored and cracked pieces are then leveraged up with a 5 foot metal pry-bar. A wooden fulcrum is useful. Sometimes, a 20 to 30 square foot area of concrete would lift from the underneath pry-bar like a volcano was about to erupt. This was very exciting! Bit by bit to remove all that pavement brought a growing satisfaction. So I kept half and Rob took half.

Shortly after the cement removal, I planted an English Walnut. The freed up area has seen several changes over the years but is now site for a storage shed and clump of banana trees. The English Walnut tree is now 15 feet high. There is a grape vine growing up the side of the shed and will become an arbor above the shed.

All in all, its been a wonderful project and I have been enjoying the benefits for 13 years now. 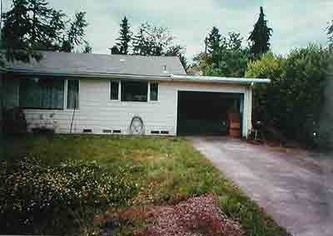 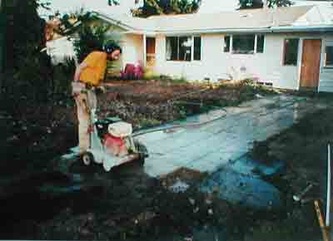 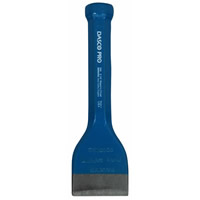 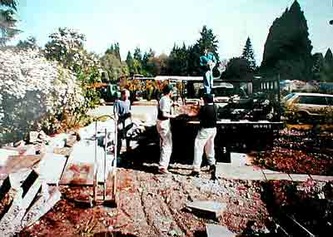 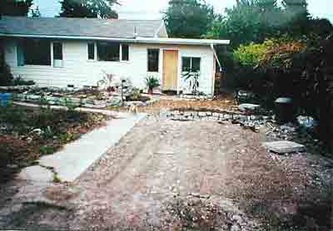 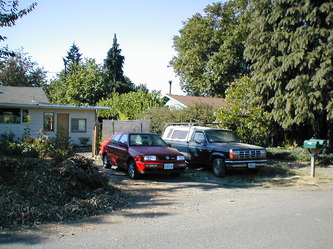 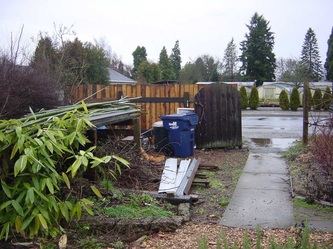 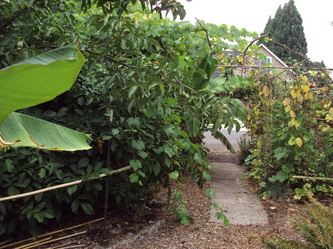 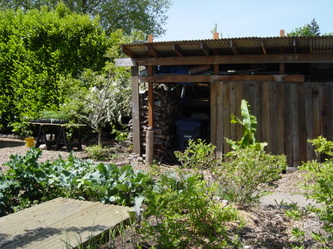 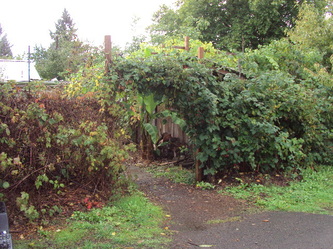 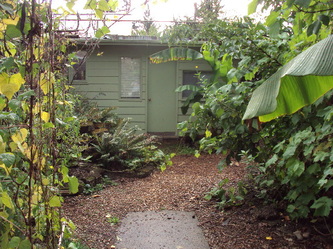 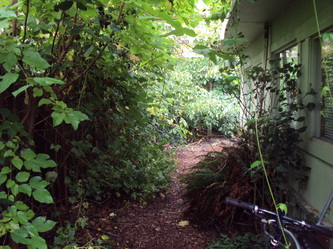 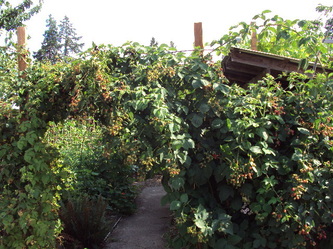