In early June, 2017, I loaded up my recumbent for a four day bike ride to the coast. I had been wanting to see this un familiar general area of the coast range for years.  My bike geek friend, Bruce, in Corvallis e mailed me a link to an interactive map on a bike geek website of a bike ride he took with his geeky bike club pals that really caught my attention - the map of their ride showed the route they took in color superimposed on a map of the area. Even better, there was also an elevation profile of the entire ride below the map. When you put the mouse cursor anywhere on the colored route, that place would be indicated on the corresponding elevation profile.  Wow!! That resonates with my love for geography and travel!!

Their ride took in where I would ride coming from Eugene - our itineraries would be the same from Monroe to Alsea.  I could see the elevation profile of where I would be biking. I could not resist that.  Earlier, I had been thinking of a different way to go from the flat Willamette Valley to coast. Seeing that interactive map made me say, me too, I want to go that way.

So the ride included  the agricultural Willamette Valley, the natural resource impacted coastal mountains and the very scenic Oregon coast.  There were two modes of transportation - bike and car. I would become a bicycle nomad for four days. The much reviled automobile became a welcome site as it turned out.  The fotos with captions below tell the story.

You can put the mouse cursor over the fotos below for the captions.  You can also clik and enlarge the foto. 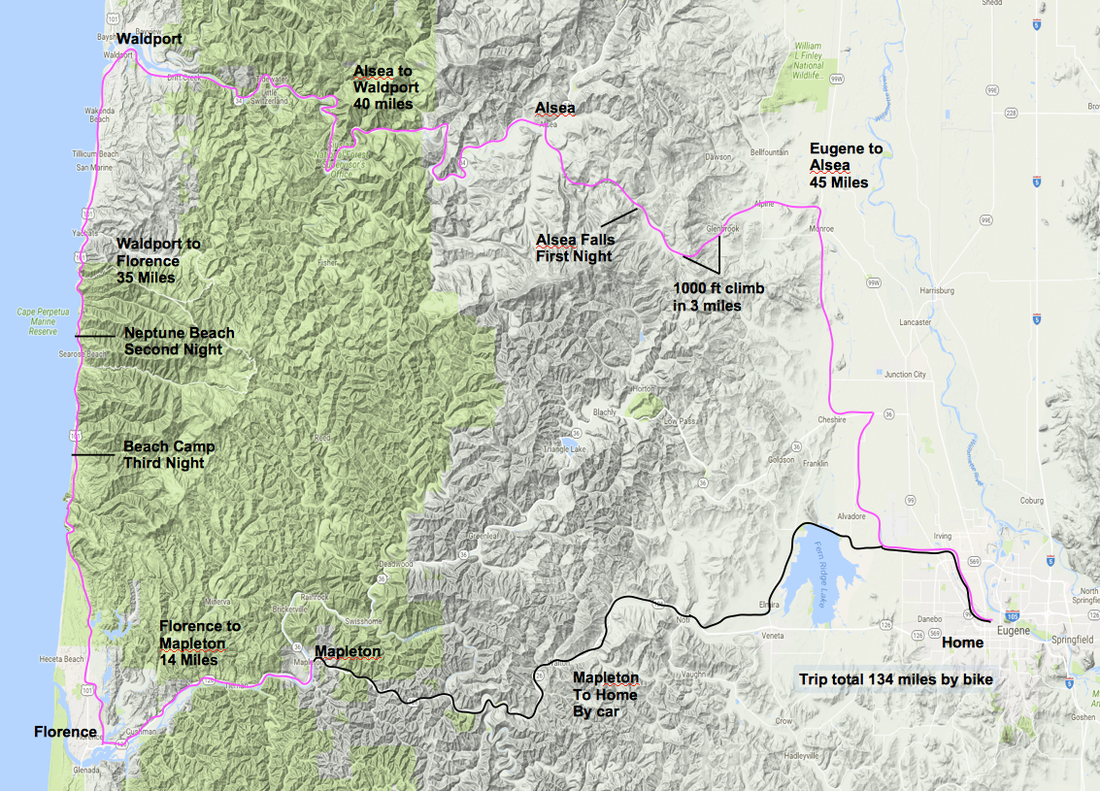 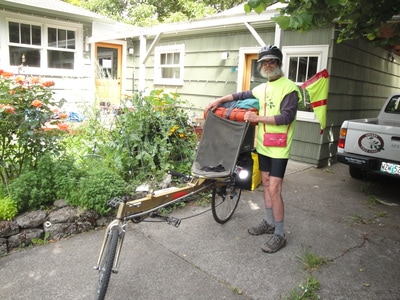 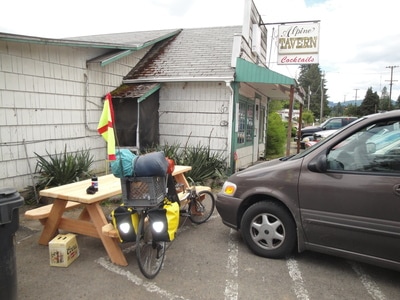 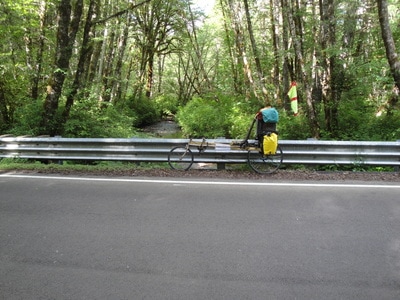 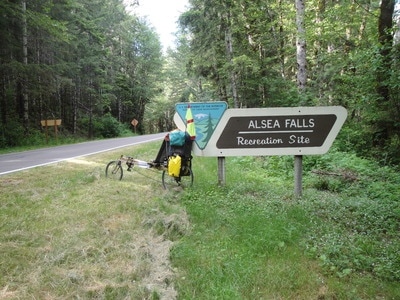 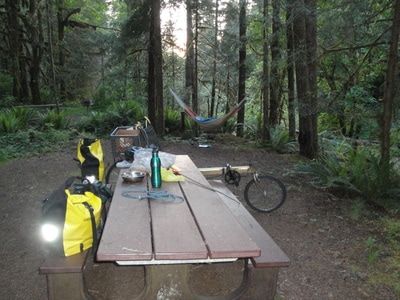 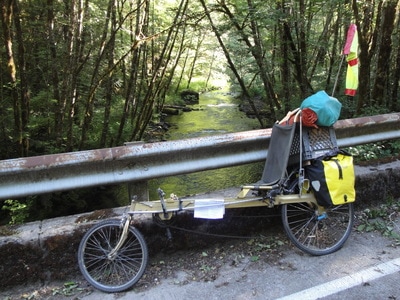 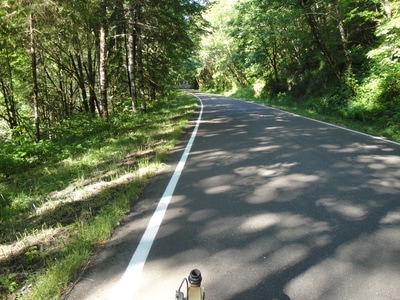 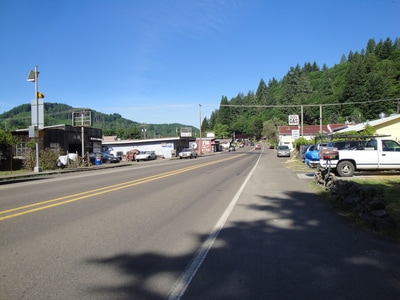 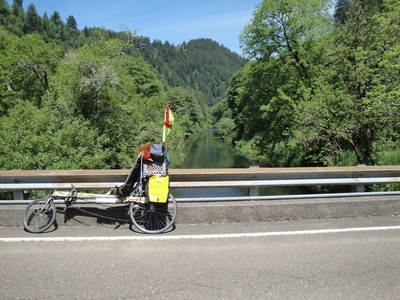 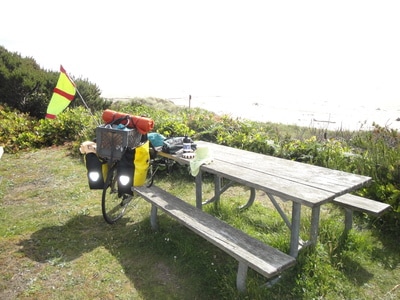 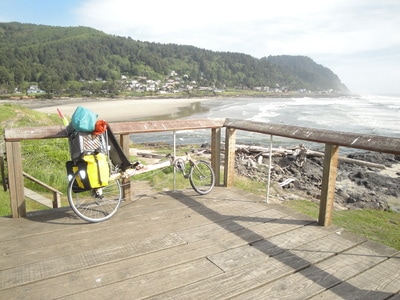 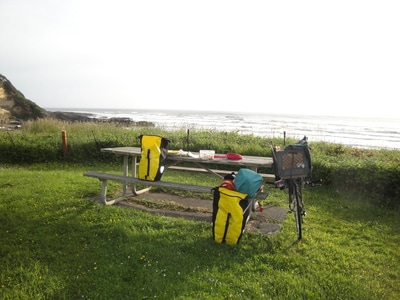 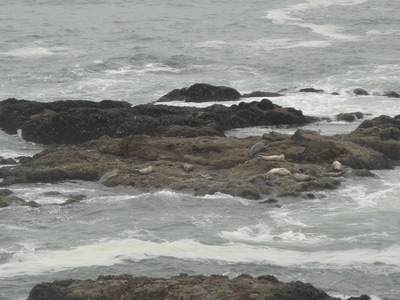 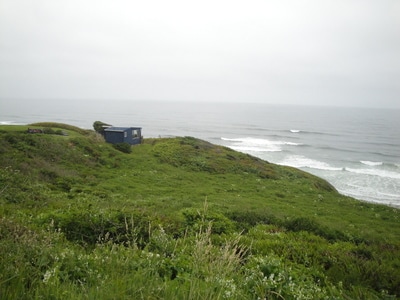 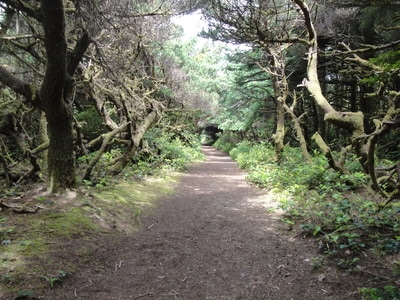 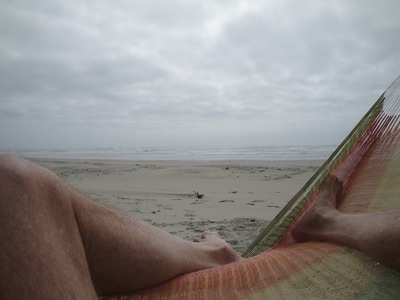 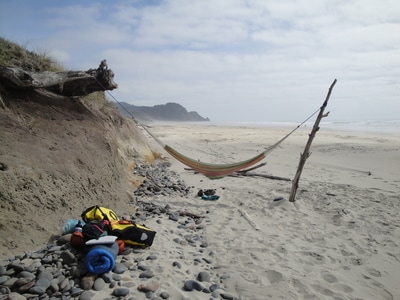 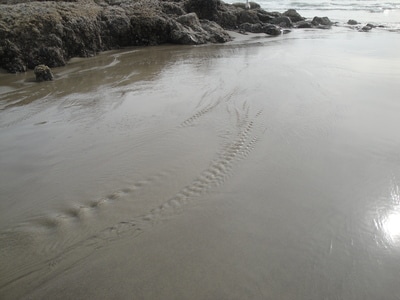 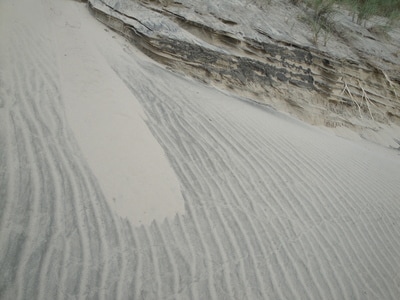 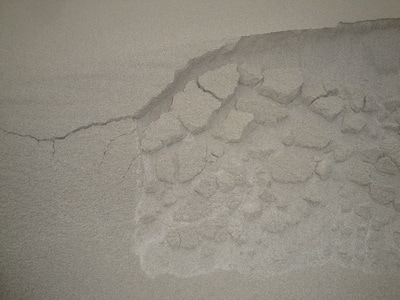 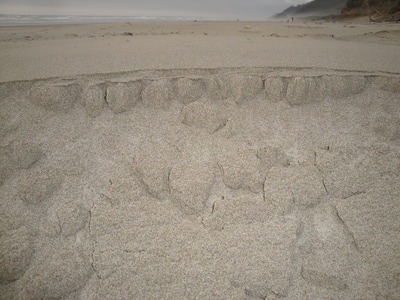 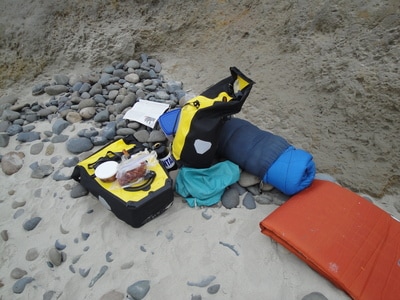 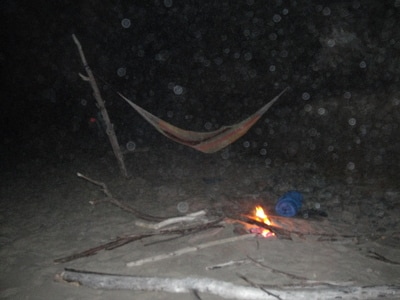 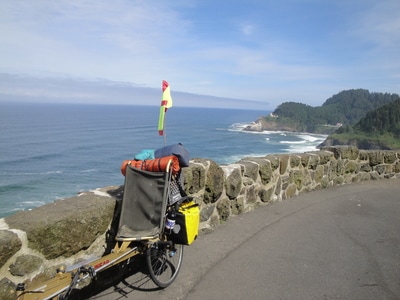 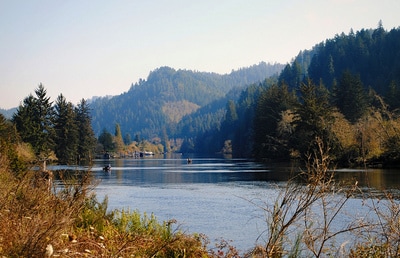 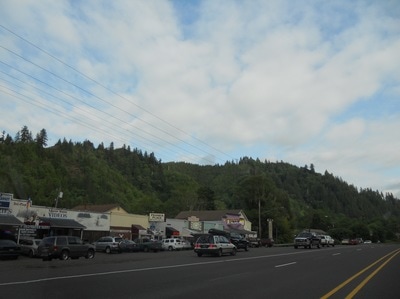